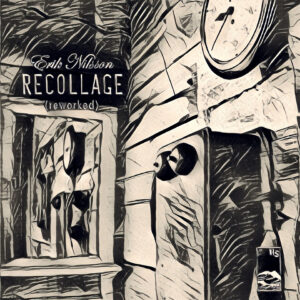 We’re excited to announce the release of Erik Nilsson‘s wonderful new release, Recollage (Reworked). The album is available now via Bandcamp and will soon be up on all streamers and online stores. The music of Erik Nilsson is available for licensing across tv, film, web and more. Contact us for more information.

First released in 2011 by Luxus-Artica Records and then reissued in 2016 by Hidden Shoal, Erik Nilsson’s brilliant debut album Recollage is being re-released in a somewhat altered format. Earlier in the year, Nilsson revisited Recollage’s eclectic mix of electronics, live instruments and field recordings to create a new iteration. Recollage (Reworked) recontextualizes the original album’s often dizzying compositional style, reminiscent of The Books’ cut-up approach to songcraft, and casts it in a freshly addictive new light.