Hidden Shoal is proud to announce the release of the new EP Deconstruction Manual featuring remixes of Hidden Shoal artists by Murdoch University Sound students. The EP is available as a free download via Hidden Shoal’s Bandcamp. Download the full press release here. 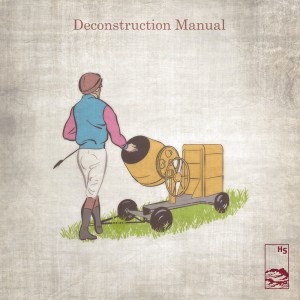 On Deconstruction Manual, three students of Perth’s Murdoch University have taken the work of Hidden Shoal artists and subjected it to deconstruction, manipulation and glorious reinterpretation. The project is an ongoing collaboration between Hidden Shoal and the Murdoch University Sound Program, and the three remixes collected on this EP represent some of the diverse, innovative work produced by students of the course. Dr Simon Order, Chair of the Murdoch Sound Program, says of the project “Remix is such a powerful activity which fires up the imagination. These fabulous tracks bear witness to the creative energy of Murdoch Sound students.”

Skybreaker is the moniker of Hadyn Lander, a versatile multi-instrumentalist and game designer whose influences range wildly from ’60s jazz-rock to modern electronica. Karl Ockelford is a musician and visual artist who has been working in and around the Perth experimental music scene for the past 15 years as part of Sub Ordnance and Abe Sada, and also releases music under the moniker Reluctant Carnivore. Lövmark is an electronic music producer hailing from Northern Sweden, now based in Fremantle, whose influences range from heavy metal to down-tempo bass music.