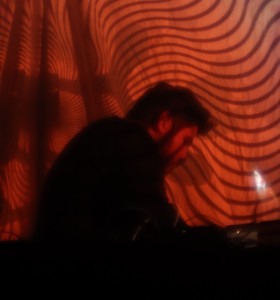 We’re very excited to welcome the wonderful Christopher Sky to the Hidden Shoal family. Sky brings with him the gorgeous By The Ocean album, released early 2018 and which now forms part of the Hidden Shoal licensing catalogue. His stunning forthcoming album Vastness will see digital release through hidden Shoal and vinyl release via Aagoo Records on the 9th of November.

Christopher Sky is an American composer, multi-instrumentalist and producer based in Los Angeles. His first EP, Cotton Dream, featuring contributions from Paul Espinoza on guitar, was released in 2011 through his own label, Sejatski Ltd. This was followed by Audio Memory, with a stronger emphasis on guitar-based loops and sound design.

After taking some time off to focus on his Let’s Drive to Alaska project – releasing In the Fifth House in 2016 – Sky returned in 2018 with By the Ocean, his first solo work in seven years, featuring five brand new songs, plus remixes by Mirror, Jubilant Ecstasy Dream and HEARTMIND. Two-track EP Orpheus and Eurydice, an ode to the classic tale of love and loss, was released on Valentine’s Day 2018.