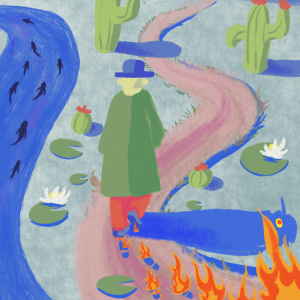 Hidden Shoal is excited to announce the release of the second single lifted from The Greatest Thing That Never Happened… Yet, the debut release from Swedish trio Otinget. The album delivers a mesmerising suite of songs, blending delicate folk, strident post-rock, lilting Americana and brooding slowcore – plus a special guest appearance by Dungen lead guitarist Reine Fiske. The single is available for streaming via SoundCloud with the album will see release on the 17th of September 2021. The music of Otinget is available for licensing (film, tv, web etc) via Hidden Shoal.