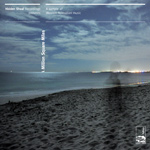 Hidden Shoal Recordings is proud to announce the Australian CD release of compilation album A Million Square Miles: A sample of Western Australian music, following on from its initial US success.

After more than three years of sharing excellent independent music far and wide, A Million Square Miles represents a key facet of the Hidden Shoal Recordings story, and is a beacon for the future of Western Australian music. Bringing together a pair of stunning tracks from each of eight WA-based artists on the Hidden Shoal roster, this sampler album is an essential listen whichever way you slice it.

There’s the serpentine indie-rock of Mukaizake and the crystalline instrumental pop of Apricot Rail; the raw intensity of Fall Electric and the shimmering dreampop of Glassacre; the hook-laden squall of Toby Richardson and the lush and subtle songcraft of My Majestic Star; the skewed melodicism of The Slow Beings and the wistful alt-country complexities of Tangled Star. A Million Square Miles isn’t just great Western Australian music – it’s great music, period. The album also includes the first tastes of upcoming releases by Mukaizake, My Majestic Star and Toby Richardson.

“This is the rare exhibition of musical aptitude that delights from start to finish, with nary a disappointment to be found … There’s no way to know for sure if Perth, Australia is indie rock’s next Seattle or Montreal, but Hidden Shoals’ impressive roster on A Million Square Miles is bound to shore up some buzz, and deservedly so:  it’s an exhilarating listen from beginning to end.” – DOA

Hidden Shoal has also made the album available as a free, embeddable streaming radio widget and Facebook Application. For more info check out the album’s project page.