Slow Dancing Society’s “The Best Days of Our Lives” EP Out Now! 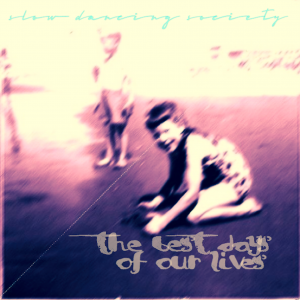 Following on from the recently released Lilac Lullabies EP, Drew Sullivan presents The Best Days of Our Lives, the second in a series of four new Slow Dancing Society EPs, lovingly mastered by Taylor Deupree. Each EP will be released digitally, one per month from June to September 2017, with the four EPs released on double vinyl later in the year. Stream and download the album via the SDS Bandcamp.

The Best Days of Our Lives is a sublime set of instrumental dream pop, dripping in gorgeous ambient guitar work and Slow Dancing Society’s trademark atmospherics. Opener ‘The Smiling Dawn’ pairs heartbreaking guitar with disorientating swirls of static, while the dream-pop of ‘Lilacs’, reminiscent of Disintegration-era Cure, is a clear highlight of the SDS discography. The EP re-establishes Sullivan’s exceptional command of melody and ambience, culminating in a release that is as luxuriant as it is emotionally poignant.