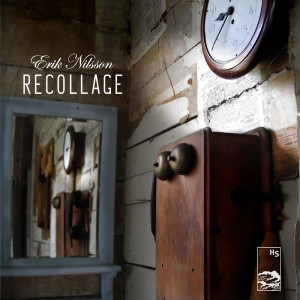 Hidden Shoal is proud to announce the reissue of Recollage, Erik Nilsson’s superb debut album and predecessor to his sublime 2015 album Hearing Things.

“Nilsson’s work lands in something of a sweet spot for me as a listener, taking approachable bases, things possessed of an easy, lilting beauty, and then working them through this filter or that concept, finding workable juxtapositions and pushing envelopes as he goes” – Hypnagogue on Hearing Things