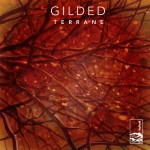 We’re all excitedly gearing up for the upcoming release of Terrane, the new album by West Australian experimental/ambient duo Gilded. To whet your appetite before we drop the first single and announce CD pre-orders we’ve prepared an album teaser for your delectation. You can hop over to SoundCloud or YouTube and get a small taste of what is a truly beautiful album.

For the uninitiated, Gilded brings together the similar but distinct musical directions of West Australian experimental musicians Matt Rösner and Adam Trainer. The pair have released work separately on labels such as 12K, Room40, hellosQuare, New Weird Australia, and Feral Media. Terrane will be officially released on the 8th of October with CD pre-orders on the 25th of September. The first single from the album, ‘Cluttered Room’ will be available as a free download on the 31st of August. Be sure to subscribe the Hidden Shoal email list to be the first to get the single download and CD pre-order details.