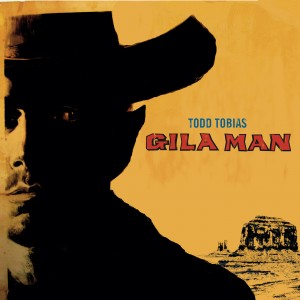 We’re excited to announce the release of Gila Man, the brilliant new album by American instrumental soundscaper Todd Tobias. The album is available now on CD via Tiny Room Records (Europe/UK/Australia) and via Todd Tobias (USA) and digital formats via BandCamp as well as the usual digital outlets. Read more on the album below and listen to further Todd Tobias releases here.

Each Todd Tobias solo album presents its own discrete, surreal world – and Gila Man is no exception. A wordless musical novella that merges a psychedelic Western with shadowy science fiction, Gila Man simultaneously evokes the wide-eyed wonder of discovery and the creeping dread of what horrors may lurk around the next corner. Featuring the stunning wordless vocals of English songwriter and fellow Hidden Shoal artist Chloë March, the album is at once beautiful and unsettling – and a wonderful distillation of the magical qualities of Tobias’s previous musical outings.