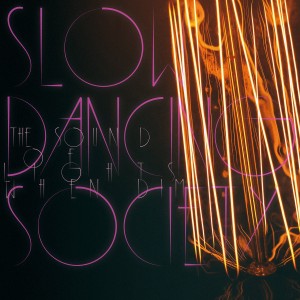 We’re super excited to announce the reissue of ambient artist Slow Dancing Society’s acclaimed 2006 debut album, The Sound of Lights When Dim. This new remastered version is available in clear vinyl and digital formats, and is accompanied by a remix album featuring remixes of tracks from the original album by Echo Grid, Antonymes, Fr33dom People, Candlepark Stars, Startle the Heavens, Spenzar, Chloe March, and Monte Xannic. Pre-orders are available now and a special limited time free download single release featuring the album track ‘Radiance’ along with a stunning remix of the track by Antonymes is also available via BandCamp and SoundCloud.

First released back in 2006, The Sound of Lights When Dim was one of Hidden Shoal’s most acclaimed early releases, landing on many ‘best of’ ambient lists. It introduced Drew Sullivan as an artist capable of imbuing minimal ambient compositions with enviable depth and emotion. While he has gone on to release another six full-length albums, his debut album still stands among his best work, unfolding as one long sumptuous ride towards a fading horizon.

As with Eno’s finest moments and Sylvian’s ambient explorations, The Sound of Lights When Dim manages to dissolve its temporal markers and speak about moments removed from time. It talks to the delicious flaws of memory and feeling, while never sullying itself with literality or simple documentation. The fact that album track ‘A Song That Will Help You Remember to Forget’ has been streamed over 5 million times on Spotify speaks to the album’s lasting appeal.

“a deeply affecting, consistently excellent effort of stunning tranquility and beautiful ambience, that demands repeated listening… Hidden Shoal have a masterpiece on their hands” – Sputnik Music