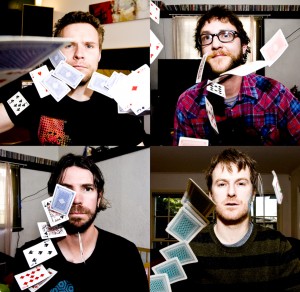 “See, it sounds like a pop release, but that’s the trick! Once you realise this you can begin appreciating Unknown Knowns for the interweaving guitars and all the space used by the drawn out arrangements as the mini-album/extended EP sublimely unfolds.” – Drum Media

The cliché ‘all killer, no filler’ is often bandied around with very little to back it up. In the case of Mukaizake’s stunning new release Unknown Knowns, the cliché applies: this six-song, half-hour mini-album is sheer perfection. Unknown Knowns kicks off with the fuzzy propulsion of single ‘The Yeah Conditioner’, immediately launching the listener into Mukaizake’s compelling corner of the musical universe. This is serpentine indie-rock at its finest, weaving hook after hook around your chest until you’re suspended from the clouds, a grin plastered across your face, unable to even think about listening to anything else. ‘Rule Norse’ ups the ante with a thunderously rollicking first half that follows with gorgeous layered backing vocals and hovering guitars in the exultant, expansive second half. ‘Corporal Steam’ winds the album down a notch with its chiming circular guitar harmonics and Geoff Symons’ plaintive vocals before ‘Frisbee’ launches the listener off the edge of a cliff attached to an electric boomerang of riffs and angular melodies. Then, the stunningly wistful ‘My Friend Flicker’ and the dreamy lament of ‘Slack Bees’ bring the listener down in a pool of dazzling songmanship.

Mukaizake’s brilliant debut album mixes elements of math-rock, indie-rock and post-rock into a sublime and mesmerisingly melodic whole. Mapping the Static presented a sound that was somehow innately representative of the best music of their home town of Perth, yet also traversed far beyond it. The scope of Mukaizake’s songwriting and sense of melody on their debut was, and still is, something to behold.

After a lengthy absence from the Australian music scene, Mukaizake are set to release Unknown Knowns, the stunning follow up to their highly acclaimed 2003 album Mapping the Static. The band combines intricate, dynamic guitar structures, borrowing heavily from math-inspired indie rock, with highly accessible song structures and strong melodic vocals. Their songs feature organic, reactive playing, with a depth and subtlety that is revealed on repeat listens.

The recording for Unknown Knowns began back in 2004, when the band set aside a long weekend to lay down basic tracks. Soon after this initial recording, members of the band relocated to different cities across Australia, putting the band on temporary hiatus. The songs have since evolved, with the band utilising Forensic Audio, Simon’s recording studio, to record and re-work the songs over time, with the final mixes finally finished mid-2009.

The extended production and recording process gave the band time to fully realise the awesome potential of the songs. As a result, the six track mini-album is an inspired marriage of melody and composition, all held together by extraordinary musicianship. 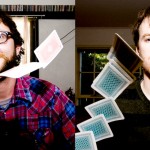 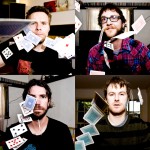 Mukaizake’s music is  available for licensing (master & sync cleared) through Hidden Shoal. Please contact us with some basic details about your project and the track(s) you wish to use and we’ll be sure to get back to you straight away.