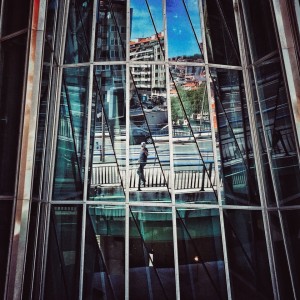 It all begins late at night with a moment of inspiration: a piano pattern, an underground announcement, a phrase from a film score. From there, alone in his studio, Jumpel weaves his spacious, immersive music. Combining organic and electronic elements, Jumpel’s luscious albums are characterised by elegance, restraint, and the arresting juxtaposition of alien and familiar sounds.

On Drive, Jumpel invites the listener to accompany him on the journey he takes to his studio. The ride begins at Jo Dürbeck’s home (‘Get U Ready’), takes in small towns, fields and forest (‘Forest Section’), before ending in the middle of Cologne (‘Soaring Spires’). Each of the nine tracks paints a vivid sonic picture of one stage of the journey, as gently pulsing rhythms are counterbalanced by delicate melodic figures. Accessible and deeply evocative, Drive transfixes and transports the listener across its succinct half-hour of dub-inflected ambient pop.

The album’s gentle pattering of subtle rhythms is counterbalanced with delicate melodic figures which transfix/hypnotise as much as they transport.

Despite his obvious mastery of the dizzying possibilities afforded by technology, Jumpel continues to craft music of intense intimacy and humanity. Cabogato is the product of experimentation with modular synthesizers, field recordings and piano, finely honed into a song suite inspired by time spent at Cabo de Gata-Níjar Natural Park in the Andalusia region of Spain. An enthralling testament to the power of careful distillation and minimalism, Cabogato exudes an emotional complexity that belies its seemingly simple surfaces. From the expansive low-key pulse of ‘Black Sand’ to the delicate, piano-led ‘You’, the album’s vulnerability is both reflective and hypnotic.

Bloc4 centres around the elevated yet lonely world of a tower block, each track poetically investigating its multi-faceted elements and spaces. The songs were written throughout 2012, with ideas collated, reviewed, developed and remixed. Following the wonderful results of his collaboration with Chloë March on Europa single ‘Edinburgh’, Joe Dürbeck presented the ideas for Bloc4 to March and invited her to select tracks and develop vocal ideas. The March-fronted tracks, including first single ‘Blue Ceiling’ and new single ‘Flight’, are especially stunning – and offer a perfect counterbalance to the more melancholic, spacious instrumental pieces.

Inspired by Jo Dürbeck’s travels around Europe, Europa transforms Dürbeck’s personal memories of 11 different European locations into a gorgeous suite of minimal ambient electronica. The album acts as a kind of abstracted sonic diary, painting the intangibilities and romanticism of memory and travel using sparse yet resonant sound. A simple idea – and one that has produced Jumpel’s most restrained and unified effort to date.

Like many journeys, Europa begins with speculation and tentative steps. In ‘Arles’ and ‘Bern’, the delicate pattering of subtle rhythms is counterbalanced with delicate melodic figures, like light reflecting off water. In ‘Stockholm’, disembodied voices and more forceful rhythms seep into the mix as the album heads towards a beatific plateau of sorts with its central trio of ‘Rom’, ‘Madrid’ and single ‘Edinburgh’. Beautifully evoking the rain-soaked streets of the Scottish capital, refracted through a personal lens, ‘Edinburgh’ is an exercise in elegance and restraint, filling out the shadows and backstreets with ennui. Melancholic piano chords carry the track forward while electronic texture’s weave amid Chloë March’s luminous lyrical play. A departure – yet also an arrival.

‘Wien’ simply aches with melancholic introspection, tracing one of travel’s most wonderfully paradoxical sensations – the feeling of looking back while moving forward. ‘Mailand’ continues the introspective thread, gliding gracefully into the ambient dub of ‘Lissabon’, followed by the wonderfully understated electronica and found sound of closer ‘Koeln’. Rather than a final point on the journey, ‘Koeln’ offers a rest point and an understanding that there is always another destination in queue.

Deuxième Bureau is a further refinement of the Jumpel sound so wonderfully displayed on debut album Samuel Jason Lies On The Beach. Like perfectly fabricated ecosystems, each track is a luscious miniature environment complete with its own microclimate and prismatic inhabitants. The attention to detail in the music is consistently astonishing, rewarding close listening with a good pair of headphones. Deuxième Bureau is a fabric of intimate moments – some parts woven tightly, others open to the air – and an enticing invitation to explore Jumpel’s delicate and immersive ambient micro-pop.

Samuel Jason Lies On the Beach

Despite its obvious mastery of the dizzying possibilities afforded by technology, Jumpel’s debut album Samuel Jason Lies On The Beach is a work of intense intimacy and humanity. The album serves as a testament to the power of careful distillation and minimalism, exuding an emotional complexity that belies its seemingly simple surface. Tracks were borne out of discrete nocturnal recording sessions where ideas sparked from a range of disparate sources: an old drum machine, a radio announcement, a forgotten guitar chord. Through a process of layering and weaving, the album began to take shape. Opaque electronic textures act like sinew, binding themselves to piano and string melodies. The result is an album that must be heard as a whole, yet seems to exist without a real beginning or end.

Jumpel began life in 2005 when Jo Dürbeck, formerly of the German band Bones, began to write and record his own music. Prior to Bones, Jo’s formative musical experiences involved playing with empty detergent cans, boxes and a piano in his parents’ cellar. In 1986 he bought a Commodore C-64 computer and discovered electronic music.

Jo played keyboards, samples and loops in Bones, who over the course of eight years released three albums and seven singles with EMI Germany, and played over 400 gigs in Germany, the Netherlands and the UK. Then, after splitting up the band, Jo and Rene (Bones’ singer) founded their own company and studio and started writing and producing music for films. They wrote scores for numerous films and documentaries, and won the award for Best Score at the Filmfestival Valencia in 2006.

Despite his obvious mastery of the dizzying possibilities afforded by technology, Jumpel crafts music of intense intimacy and humanity. His albums serve as testament to the power of careful distillation and minimalism, exuding an emotional complexity that belies their seemingly simple surfaces. The albums must be heard as a whole, yet seem to exist without a real beginning or end. 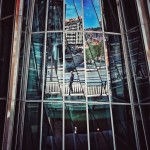 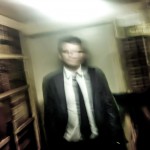 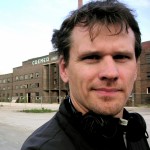 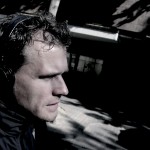 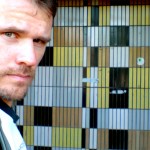 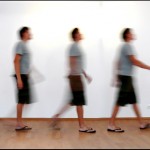 Jumpel’s music is  available for licensing (master & sync cleared) through Hidden Shoal. Please contact us with some basic details about your project and the track(s) you wish to use and we’ll be sure to get back to you straight away.