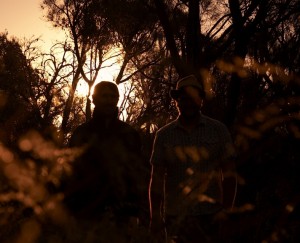 “Glassacre is all shimmer and surge… the power of this music will creep up on you gradually, and before you know it the damn thing is on repeat play” – Luna Kafe

Glassacre is a delayed conversation between its members, a kind of handing over and giving in of the constituent elements in the hope that something larger will form. The collective will grow and shrink and the music will morph and paint with other colours. Rather than a band, this is an exercise in distillation and the opportunity to be unrestrained in play.

‘September 16th’ sees Glassacre at the height of their craft. The track is a tightly woven, intimately crafted piece of textured pop. Guitars coated in dark honey play against rolling drums as Chris Masons haunting vocals ring out across an altered twilight.As the song rallies to a kind of defeated triumph with the repeated vocal line “This is your stop”, everything shifts and the track takes a sharp 90 degree turn into a dark corridor. In true Glassacre style, ‘September 16th’ manages to discretely bridge together two disparate emotional landscapes leaving the listener without view of their origin. The single release features the bonus track ‘Sanctuary’ which finds Glassacre in drug dub dream pop mode. The song slides over you like a friendly cloud as the 5/4 beat gently slips you out of kilter.

Glassacre’s 2006 debut release featuring the single, “Swimming in Greece”, Glassacre deliver an EP full of luscious, textural dream pop. This is pop music to float inside.

The Boys
Glassacre are Chris Mason and Cam Merton. Chris and Cam have been writing and making music for the last 10 years, both individually, in other bands, and together.

Cam has played and recorded in several Australian outfits over the last 15 years, including CSR (a 15-year-old, still-current recording project with Perth musician Rick Mason), Lake Disappointment and Silo. He’s an established and practicing artist with over 10 years of national and international exhibition and performance behind him, and he also manages the Australian digital music label Hidden Shoal Recordings.

Besides playing and recording with the Chris Mason Implosion (their album Up Down Up is a pop gem), Chris also heads up the studio-based project My Majestic Star, whose wonderful cinematic post-rock yearnings have already gained international attention and sparkling reviews.

Releases
The band’s first EP, Slow Attack, has received glowing reviews and regular airplay on Australian radio, as well as featuring on a number of international radio and Internet radio stations. Glassacre’s music plays at the edges of electronica and pop while never really committing to either.

Perhaps the best introduction to the band comes in the form of their first single, ‘Swimming In Greece’. The song acts not as a benchmark of the Glassacre sound, but more as an indicator of their approach and mashing of sensibilities. Night-time beats roll around layers of turning guitars; warm and warning electronic tones call from behind; an almost spoken sing-song vocal intones gently but insistently. Two songs later and you’re lifted away by the gorgeous and breezy astral pop of ‘Tension Agreement’. The upcoming Glassacre album will bear even greater evidence to these wonderful musical schisms.

Glassacre are currently putting the finishing touches to their eagerly anticipated debut album, due out in the second half of 2007 through Hidden Shoal Recordings. Glassacre are also currently working with Australian experimental film-maker Sam Landels on the video accompaniment to their first single from the new album, ‘September 16th’. 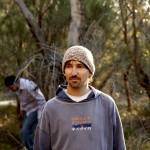 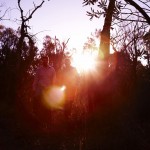 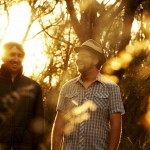 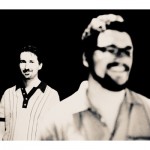 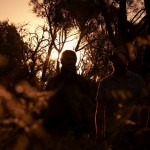 Glassacre’s music is  available for licensing (master & sync cleared) through Hidden Shoal. Please contact us with some basic details about your project and the track(s) you wish to use and we’ll be sure to get back to you straight away.