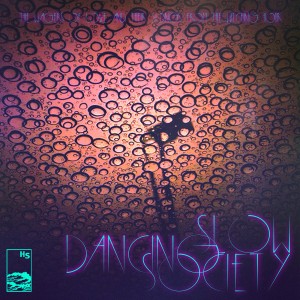 Hidden Shoal is excited to announce the forthcoming release of The Wagers Of Love And Their Songs From The Witching Hour, the new album by American ambient artist Slow Dancing Society. The album will see release on 23/8/16 preceded by the first single ‘The Color of Despair’ on 26/7/16. Check out the album teaser over at our YouTube channel.

Sullivan’s work is as cinematic as ever, yet here he’s scoring a more personal film. Profoundly influenced by Sullivan’s experience of becoming a father for the first time, the album took shape around the creation of single ‘The Color of Despair’. The track distilled his anxieties about his new life and responsibilities, and became ground zero for the album’s sound and production, with many other songs on the album evolving out of its instrumentation and feel. The ambient lyricism present here is a testament to the narrative possibilities of instrumental music, resulting in a strikingly complete-sounding album.