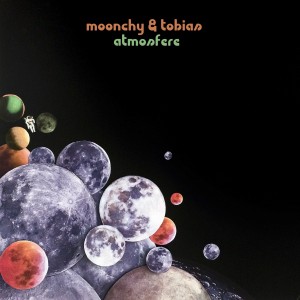 We’re excited to present the second single from Atmosfere, the forthcoming second album by art-rock duo Moonchy & Tobias. On ‘Dall’Occhio’ (Italian for ‘from the eye’), Moonchy & Tobias’s Atmosfere reaches its dreamy apex as Tobias’s chiming guitar arpeggios and Moonchy’s haunting vocal sound as if they’re emanating from a submarine underworld, bubbling up to the surface in search of redemption.The album will see release on the 18th of October 2019 through Tiny Room Records and Hidden Shoal with pre-orders available now. ‘Dall’Occhio’ can be streamed now over via SoundCloud.

“A journey through the most diverse, beautiful musical landscapes” – Dark Life Experience on Moonchy & Tobias