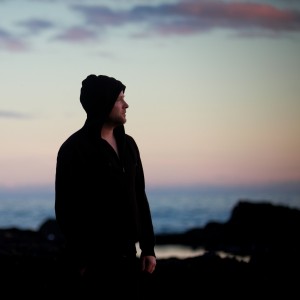 Hidden Shoal is proud to announce the signing of the brilliant Colorado based artist Memorybell to it’s roster of artists. Memorybell is the ambient project of Grant Hazard Outerbridge, a multi-instrumentalist and classically trained pianist who has been playing music for nearly 30 years. In February 2014, Outerbridge awoke in a hospital with no memory of how he had arrived. He was diagnosed with transient global amnesia, a condition that causes the brain to temporarily stop making new memories. When he returned to the piano, Outerbridge found his previous compositions sounded garish. He pared them down to their essence and, along with new, more spacious material, constructed a set of variegated and subtle songs that explore the interplay between dissonance and silence. The result is the debut Memorybell album Obsolete, created using just a creaky grand piano and two microphones, which is as concerned with exploring the spaces between notes as the notes themselves, giving each song room to breath and encouraging the ear to wander.

Obsolete will see release through Hidden Shoal on the 2nd June 2016 with the first taste of the album dropping mid-April. This amazing collection of compositions is also now available as part of the Hidden Shoal licensing catalogue. Read more on Memorybell here.